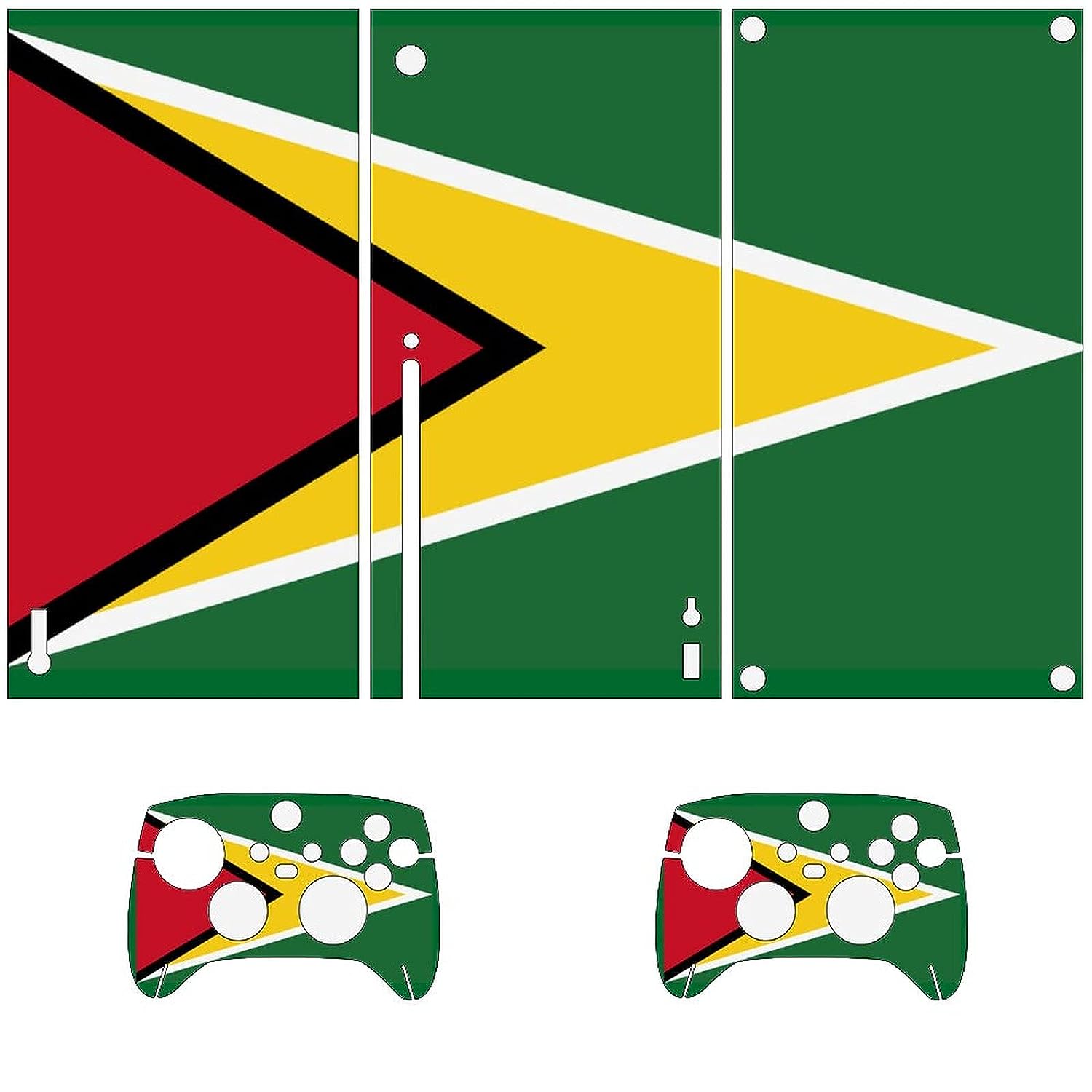 Note: This item ONLY fit for Xbox seriesX

Note: The controllers, console are not included!

1. Properly clean the Xbox seriesX console. Use a cloth to remove any dirt or
duts remainings.

2. Peel off one part of the Xbox seriesX console skin from the protection film.
keep the adhesive face of the skin clean.

3. Align the skin with the console surface, and carefully apply the adhesive
face.

4. If the application is not straight, gently unpeel it back up and repeat
section 3.

5. If installed slowly and carefully, there ought to be NO air bubbles left
below the skin.

Precision cut for a perfect fit and comfort grip.

Easy to use and stick, easy to remove.